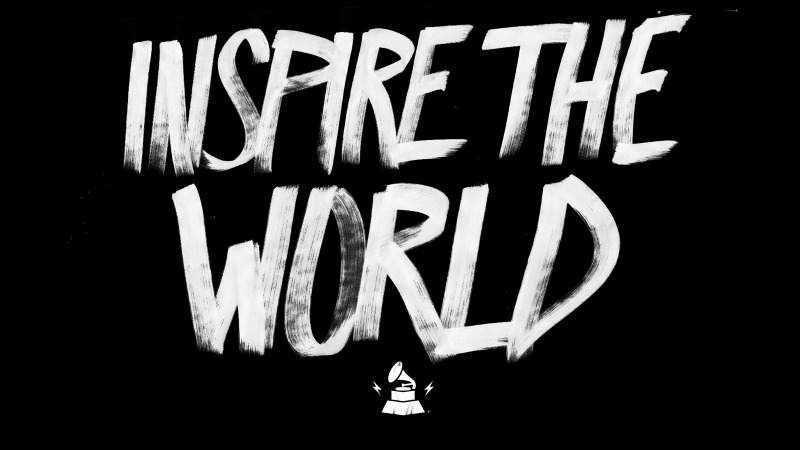 The Recording Academy and TBWA\Chiat\Day have partnered for several years with one goal in mind: make the Grammy’s brand youthful thereby increasing it’s chances for great ratings. And through this partnership the Grammy’s broadcast has completely turned itself around. The grey beards on stage have been replaced with ironic mustaches, the judges are focused on rewarding achievements in the craft over sales alone, and the advertising and promotions for the event are far more relevant to a younger audience.

This year, the Grammy’s team wanted to double down on this “relevancy” factor. Yes, we were going to have to create basic tune in messaging at the request of (and with heavy hands from) CBS. But what else could we do to appeal to a younger, music-loving audience?

The obvious response from those who had been on this account for years was, “2013 is the year we go social.” And it was with these words that worked to steer the conversation away from tactics and back to human truths.

And human truths are what we uncovered when we took an inventory what connects the Grammy’s and it’s viewers. Our audience is not just music lovers; the most influential are also musicians who aspire to be found and recognized. It’s a basic human driver…to stand out from the crowd…and we were in a position to help them.

Our first step was to create a series of online films (with the likes of the Black Keys) offering an honest, authentic glimpse of a life in music. These assets were then paired with paid media to drive awareness and interest. Acting as Communications Planner, I tapped our public relations team, partnered with an organic seeding company, and synchronized efforts with our platform partner – namely Spotify who opened their API for our campaign – to effectively distribute these video assets into the most relevant communities.

Each video and surrounding press drove traffic to the heart of the campaign: Grammy Amplifier. This site was designed for musicians to post their tracks then seek out “amplifications” from friends. With basic game mechanics controlling what went on the background, fans of each artist could then share – or “amplify” – the songs they loved.

And as a few artists began to bubble to the top, we announced the carrots we had originally only hinted at: Amplifier participants would have the chance to be recognized (and shared/posted/tweeted) by some of music’s true icons.

The online conversation grew exponentially from here. Owned by the Grammy’s and managed by T\C\D, Amplifier is quickly becoming a legitimate place for musicians to find their audience. The Recording Academy has created a “social” experiment people want to be part of, and Chiat has successfully entered the content business. 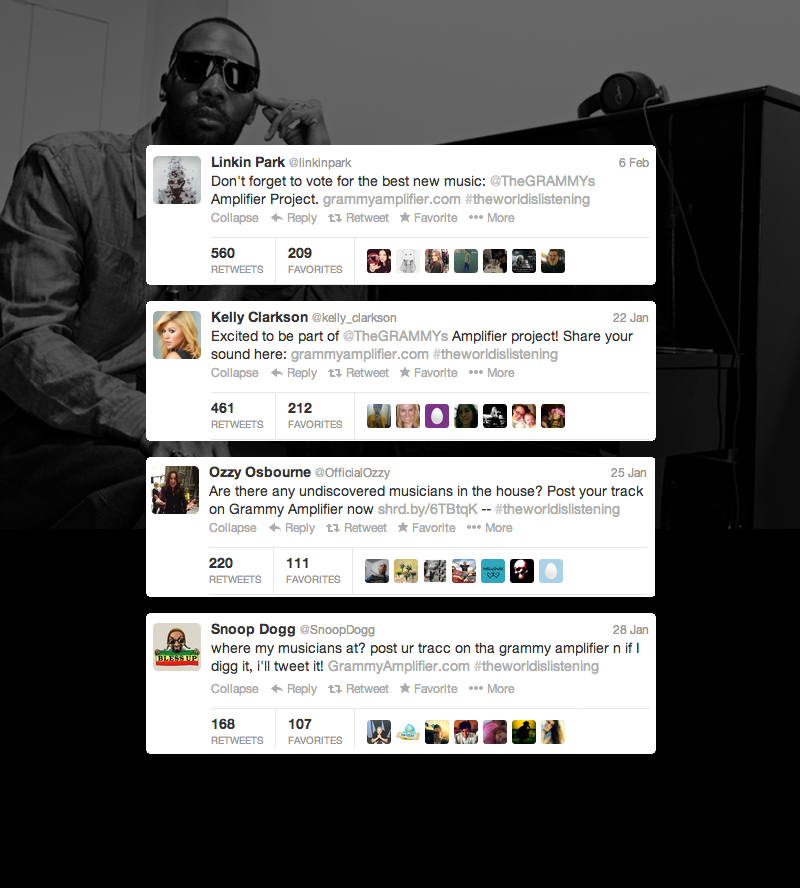 The next step from here is finding ways to extend the presence of Amplifier beyond the broadcast window thereby ensuring the Grammy’s will always about fostering music creation.