As outlined in my previous post, over several decades Southwest marketing had come to believe that “democratizing the skies” was their brand purpose. This was not so much a problem when the skies needed to be democratized, but now that 85% of the country flies regularly the promise of democratization seems antiquated.

Southwest hired Chiat/Day with the request we find them a new brand purpose. And although Southwest thought the answer might rest outside their walls, we helped them realize their their focus on “freedom” was simply a manifestation of a core set of values they held (and continue to hold) as a company. In other words, democratization and freedom were brand behaviors, not a brand purpose. Southwest’s purpose, in fact, has always been to act as conscience of the airline industry.

With research in hand and conviction in heart, we changed the conversation at Southwest. We helped the company understand that it wasn’t a matter of finding a new set of values (or purpose) but expressing Southwest’s conscience in a more contemporary way. The resulting work developed in the spring of 2013 was a major tonal shift for Southwest, and it has lead to some of the best testing results they have seen in years. 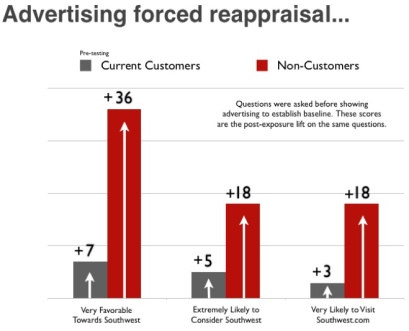 However, developing Southwest’s brand voice will remain an ongoing effort. The company’s retail- and operations-oriented culture has lead to a belief that “anthem” or “brand” spots can (on occasion) kick off a campaign, but they must be quickly replaced with hard-hitting retail spots. The two should not mix within any given piece of communication.

We see this as a false choice.

As our relationship with the client deepens, the perspective on what role branding can play in Southwest communication is changing. “Doohickeys” is the most recent example of how we can blend brand and retail messaging cohesively and effectively. 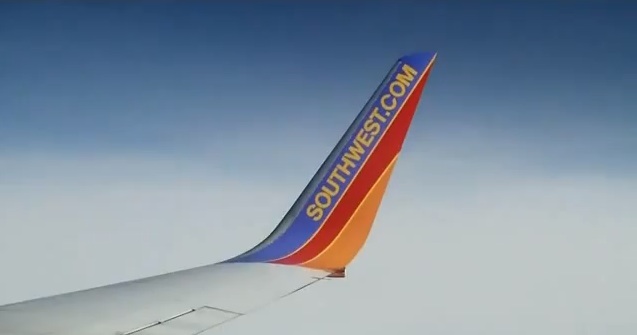 The request from the Southwest was simple: put together a set of advertisements for our new sale. In what would have otherwise been a spot screaming $69 airfares, we convinced the company to test the idea that low fares were a result of Southwest acting as the conscience of the industry. In other words, our brand purpose and retail promise were inextricable.

The spot was a hit. In fact, traffic to the site on its original air date was so strong that Southwest servers were almost compromised. There are plenty of examples to prove out that Southwest’s brand promise results in better pricing and services for its customers, and you will see those on air in March of 2014.